I had the studio all cleaned up from a recent party, so I took advantage of the free space and set up a still life shot before the space is in use on the next job. The goal was to use only speedlights for a studio product type of setting. The basic set has the FourSquare™ with a single speedlight inside as the key light. Second I have two speedlights, one on either side, for highlights, one with a Zoot Snoot. Last I have a fourth light on the background with a gel and a Zoot Snoot as well. Since it’s a small set, I put all the lights on manual to avoid any subtle variation in exposures that TTL might give you.  The Key is tripped by the sync cord and the other three are triggered by optical slaves. Below is a photo of the set. I’ll be posting a final shot as well as all the specs and a digram shortly so stay tuned. 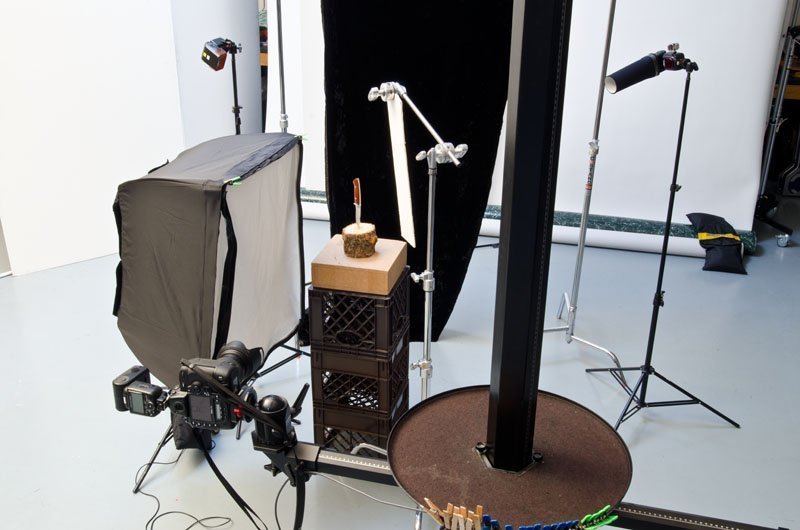